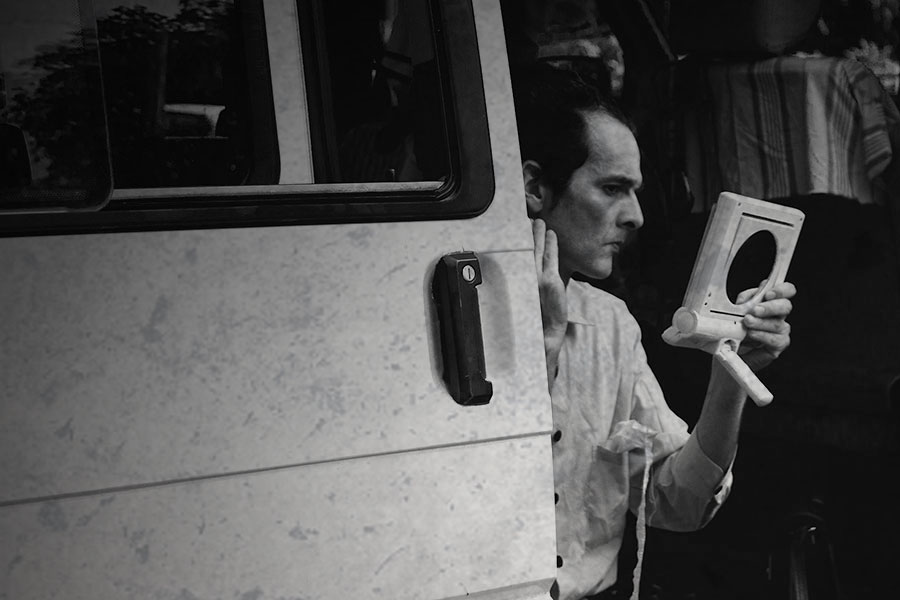 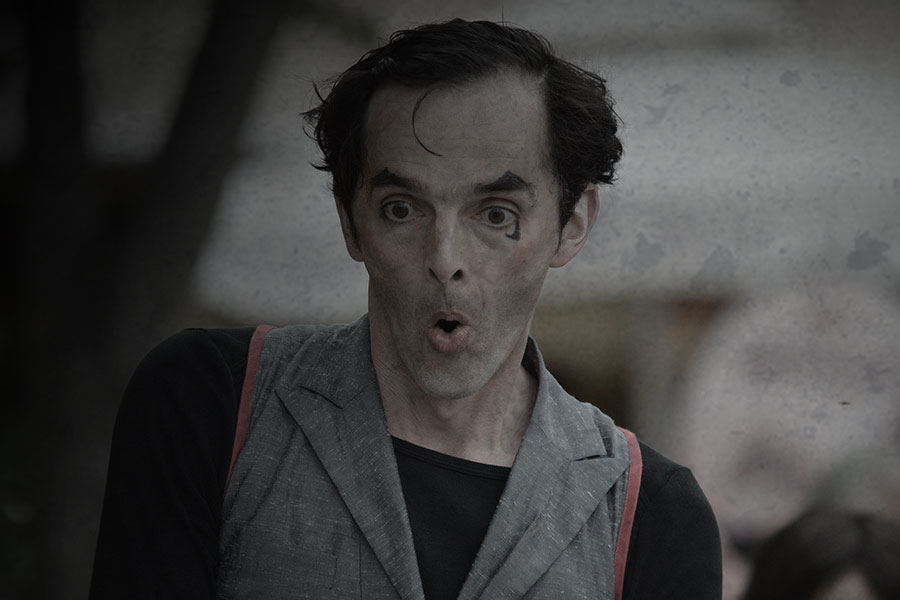 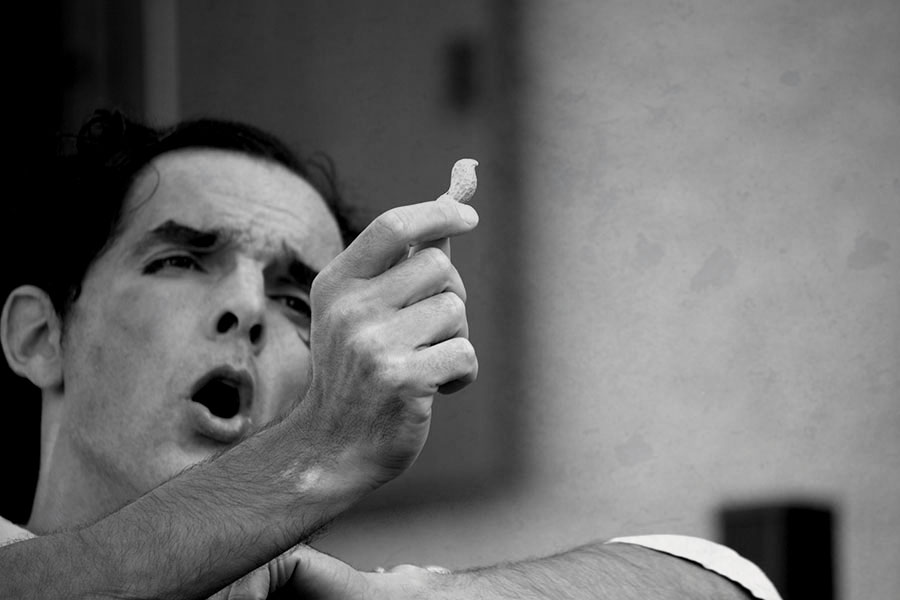 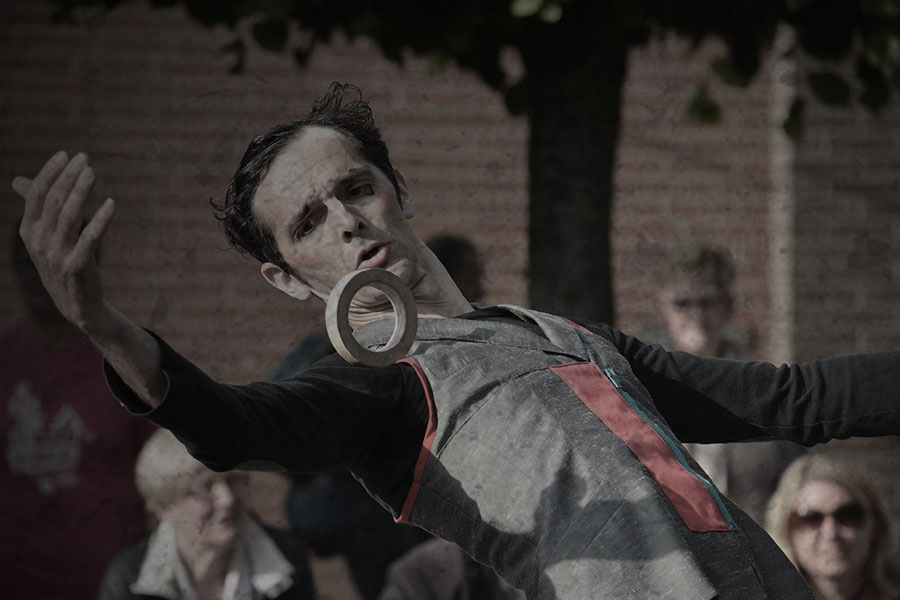 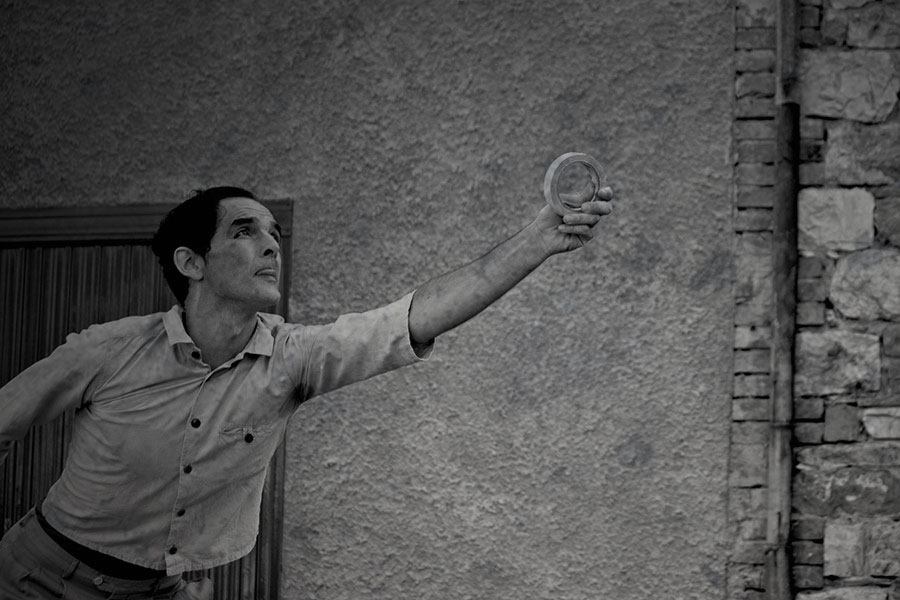 Andrea Menozzi was born in Reggio Emilia in 1972. Actor, clown, juggler and mime. Versatile, he began his theatrical journey at the Galante Garrone theatre school and continued it with Yves Lebreton, Jean Meningault and Pierre Byland. He worked with Dario Fo in “La Gazzetta”, with Andre’ Casaca in “Famiglia Vagalume” and with Francesco Esposito in “L’Elisir d’amore”. In 2005 he won the “Mercurdo” festival with his first show “Dammi l’acqua che ho fame”, which he wrote and interpreted (directed by Andre’ Casaca and Andrea Menozzi). Since then he has travelled around town centres, festivals and Italian and European theatres with his productions “Stoppino in Valigia”, “O come…Arachide”, “Il piccolo mondo” and “Driiin” (directed by Jean Meningault). Andrea Menozzi, with a mere look, a grimace or an observation provoke laughter. In addition to the care which he dedicates to his technique, executed so naturally, there is his ability to capture the humanity in his intrinsic comedy, moving his audiences. His shows are marked by continuous improvisations, silent or in the spoken language of Stoppino (Wick) which is like all the others combined.
Sensitive, he manages to seize the moment, to listen to his audiences in order to carry them away for an instant into a sphere of poetry and irony.